InsurTech and the Customer Promise

InsurTech and the Customer Promise 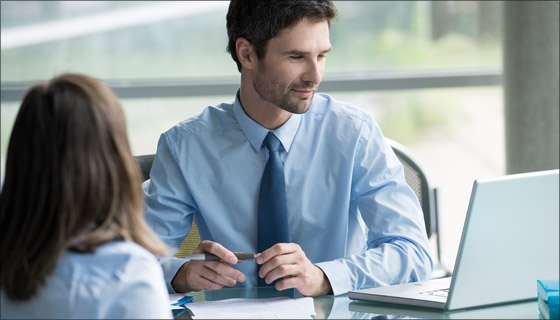 Investment in Property and Casualty (P&C) InsurTech may have taken a short breather in Q1 2017, with 23 deals when compared to 27 deals in Q4 2016, or the record 42 deals in the Q1 2016. However, interest in new innovations in the industry shows no sign of waning, judging by the record attendance at InsurTech events, including the recent DIA Amsterdam conference in May.

Point #1: Customers are not buying just an insurance policy, they are buying a promise

A majority of the InsurTech innovations to date have focused on the distribution and sale of insurance, particularly in personal and small commercial lines of business. However, there has been much less of a spotlight on innovations that can help insurers deliver consistently superior customer experience after a purchase. This is an equally important area for insurers looking for growth. According to a 2016 McKinsey study, U.S. auto insurers that have provided customers with consistently best-in-class experiences have generated two to four times more growth in new business and about 30 percent higher profitability than firms with an inconsistent customer focus, in part because satisfied customers are 80 percent more likely to renew their policies than unsatisfied customers.[1]

Customers want to know that they will be taken care of if any issue arises – whether small or big. This means succeeding at a full range of customer interactions and touch-points, from addressing customer questions about their bills to working with a customer during the claim process. Customers expect each interaction to be fast, efficient, and on their own terms. A customer who has a less-than-positive experience with a small issue starts to question whether their insurer will have their back if they ever have a loss.

A friend who recently shopped for car insurance decided not to get a quote from his current renter’s policy insurer because of a recent bad experience with a claim. When he called his insurer, he was surprised to learn that his policy was actually underwritten by a different insurer. When he was finally able to submit his claim, he was shocked that his initial reimbursement was for a low actual cash value for his stolen bicycle, even though he had replacement cash value coverage. He had to make multiple phone calls before his insurer reimbursed the correct amount.

Point #2: Insurers need to rethink their process to support this customer promise

It is such experiences that lead many customers to give their insurers a low grade. The adjuster working on my friend’s claim did not realize that the policy had replacement cash value coverage. While this was an honest mistake, it was a mistake that shouldn’t have happened. What if instead of requiring the adjuster to read through multiple policy documents to determine the right coverage, the adjuster was automatically alerted to the right coverage when viewing the claim? Or even better yet, what if during the first phone call when my friend called to report his claim, the system automatically determined that this was a simple low-value claim and alerted the customer service representative that the claim should be processed and paid immediately at the right replacement cash value amount?

Providing superior customer service goes beyond enabling digital tools; it also requires the insurer to consider how every front-line employee can provide top-notch service to every customer in a way that is coordinated with information already provided online or by other employees. This can seem like a monumental task, especially if it requires coordinating with the agent/broker and across multiple departments.

Point #3: One is better than zero. Measure, fix, and adjust

It is not just traditional insurers who must change; InsurTech distributors are also realizing the need to evolve and offer more than just great purchase experiences. In personal lines insurance, we see distributors becoming insurers as a way to exert more control over the full customer experience:

It will be interesting to see how other InsurTechs evolve to deliver on their promises to customers, especially as they sell more products in more markets.

For traditional insurers who sell multiple products to multiple customer segments through multiple channels, the hard work of improving customer experience can be daunting. But as my tennis coach used to say, it is more important to get started, rather than trying to zero in on the optimal place to get started. Pick one area to start with and then adjust as you learn.