The Case for a Different Discussion Around Core Administration Technology

The Case for a Different Discussion Around Core Administration Technology 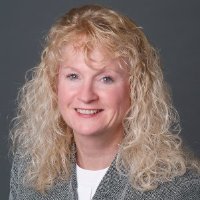 In some corners, critical discussions around core system technology have changed dramatically. Just a few short years ago it was all about issuing policies and bills faster, settling claims more accurately, reducing error ratios, automating routine processes, and utilizing industry data standards—and mostly just for personal lines. Clearly these are important business outcomes, and the technology that supported these results was a lot more complex than a quick example can illustrate. Anyone who worked on these installations can testify to that. However, relative to today’s discussions about core system technologies, it’s worlds apart.

During the Connections Conference, emerging capabilities were highlighted. Some were important new areas of functionality—which is always welcome news—but the real game-changers were:

Although these topics aren’t new, the significant point is that the discussion wasn’t about the two- to three-year future of these initiatives, but rather about actual 2016 execution. The other significant point was that the audience wasn’t squirming uncomfortably in their seats and rolling their eyes. There was body language of a group “high five,” with a measure of “right on.” The insurers in the room want, need, and welcome these capabilities. The big difference is that it’s part of core technology across all three areas, across multiple products, and across multiple geographies. It’s not theory—it’s reality.

Karen Pauli is a senior executive advisor in the Insurance practice at CEB TowerGroup. She covers a wide range of topics in property and casualty insurance, specializing in distribution, underwriting, claims, predictive analytics, core systems and business optimization.