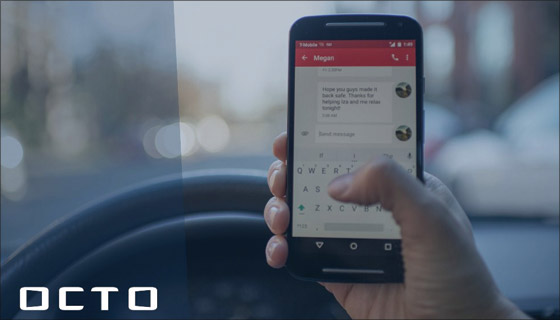 Around the globe, automobile insurers are dealing with a new hazard in driving. With the proliferation of smartphones and connected car technology, more and more drivers are distracted while driving. Texting is largely considered the number one cause, but cars themselves are also contributing to this alarming phenomenon.

Road deaths are rising, with almost 1.5 million people killed globally in 2016 road accidents. A number of European national surveys have revealed worrying attitudes to mobile phone use while driving. In the Czech Republic, 36% of drivers admitted to using their phone almost every time they get behind the wheel, and in Spain, this was 25%. In Germany, half of drivers admitted to using their phone at the wheel, at least occasionally. The British Medical Journal studied UK hospital admissions and found that drivers are four times more likely to be in a crash if using their phone while driving – and that using a hands-free phone is not any safer.

New technology in vehicles is also causing more distraction behind the wheel than ever before. European Commission research indicates that drivers spend about 25-30% of total driving time on off-putting activities, including auditory distractions (answering a mobile phone), and biomechanical distractions (manually adjusting the radio or a GPS system). They recommend the development of guidelines and standards to make in-vehicle information and communication systems less diverting. They also advocate the enhanced interplay of these systems (both fixed and nomadic) with other in-car and driver assistance systems.

According to the National Highway Traffic Safety Administration (NHTSA), 53% of drivers assume that if manufacturers put "infotainment" dashboards and hands-free technology in vehicles, they must be safe. With some U.S. state laws focusing on handheld bans, many drivers honestly believe they are making the safe choice by using a hands-free device. In fact, these technologies distract our brains as well. 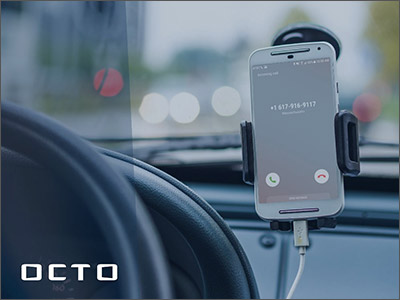 A 2017 study by The American Automobile Association Foundation for Traffic Safety found that in-vehicle information systems (including SatNav, MP3 players, radios, cellphones and messaging devices) take drivers’ attention off the road for too long to be safe, much like texting. In addition, touch-screen systems in many new vehicles are too diverting, putting motorists at risk of crashes. The report looked at how devices in the car can cause distraction, and the time periods during which drivers can be inattentive after using a device.

There is a global push to solve the issue. More than 30 countries have made it illegal to use a handheld device while driving, according to the US Department of Transportation. In the UK, a first-time offender faces a fine of £200 (approximately $244) and six points on their driver's license, a doubling of the penalties since 2007, and a tougher punishment than the three points a driver would get for speeding. While in the US, there is no national law against handheld phone use while driving (laws vary state to state), in 2015 alone, 3,477 people were killed, and 391,000 were injured in crashes involving distracted drivers, according to NHTSA.

In Europe, the European Transport Safety Council (ETSC) is calling for car manufacturers to publish test results that show their in-vehicle information and infotainment systems comply with the EU’s statement of principles on human-machine interface design. The guidelines state that systems “should be designed to support the driver and should not give rise to potentially hazardous behavior.” 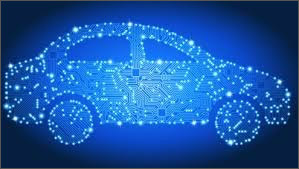 There is good news. While technology is one reason for the distracted driving issue, it can also be the solution. Telematics, specifically, can help monitor and change inattentive driving habits. This can save lives, and is beneficial for insurers as well, directly improving loss ratios through less frequent and severe accidents.

At Octo, we deliver a distracted driving feature to all customers. It monitors how the phone is being used during a trip, detects and analyzes several risky behaviors with different severity levels, and communicates the final details and score to the insurance partner and their policyholder.

Unlike other penalty-focused distracted driving apps that may shut off a smartphone altogether, Octo’s education-based approach helps drivers to understand risks better, and works with them to stay off their phones while driving.

Data on smartphone use is correlated with vehicle driving and contextual data to score distraction levels. This data can then be used as an additional risk factor for usage-based insurance driver behavior scoring.

While driving (and only while driving), data from drivers’ smartphones is collected along with other telematics data. Common activities monitored include:

Telematics can also provide feedback to drivers on their overall driving habits, so they learn to practice safer driving (less hard braking, less tailgating, etc..). In addition, telematics can help with safer routes and even to maintain safer vehicles. Consumers have always played an active role in preventing distracted driving crashes, and telematics now acts as a virtual “coach” to help them do so.

Overall, distracted driving is a growing epidemic around the globe, as the use of smart phones and connected car features continue to take drivers’ attention off the road. Drivers can help cut down “distraction-affected” crashes and injuries by proactive steps to avoid inattention, and using technology in collaboration with their insurers to help identify the risks and behaviors that lead to distraction in the first place.