What a Difference a Year Makes

What a Difference a Year Makes

One year ago, I told you a story about a VP of Claims who staffed up to improve her subrogation collections on personal auto claims, and I mentioned that we would continue supplying her with updates on this chart because the story wasn’t over. Since those dispatches run automatically through Guidewire Live’s MetricMail feature, the issue drifted to the back of my mind until curiosity nudged me to take a look recently. I was both intrigued and impressed by what I found on the latest chart: 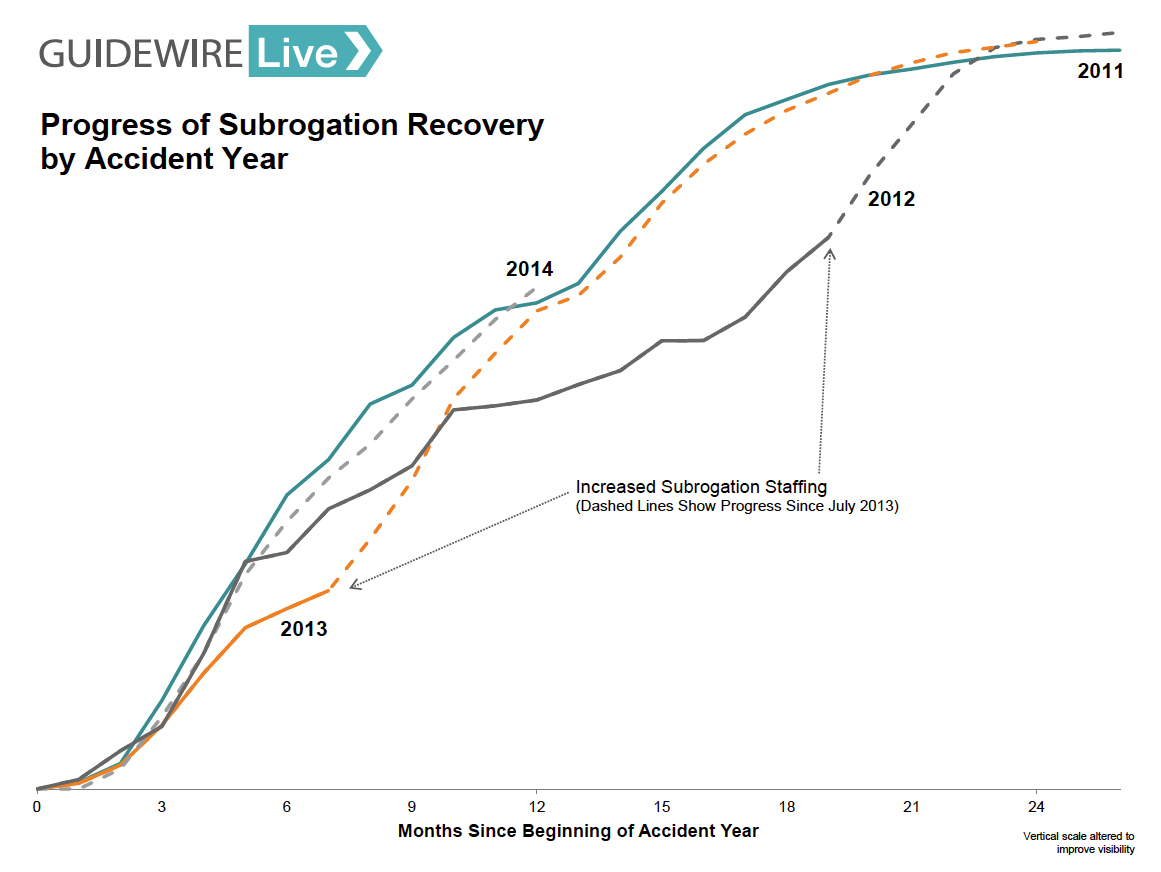 Whether or not you find these details as fascinating as a data geek like me does, let them not obscure the main point: by identifying her subrogation problem, switching resources to address it, and following up with performance tracking, our VP was able not only to make up the gap but to exceed prior collections. We at Guidewire Live celebrate our customer’s success and are proud that we could play a small role in increasing subrogation by almost 1% of collision indemnity paid. That may not sound like much, but for her company, it is worth over $600 thousand per year. How much is it worth to you?